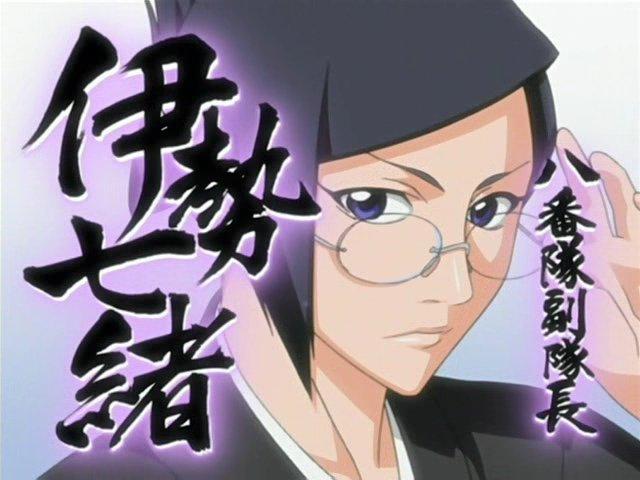 A careful analysis of Nanao-chan (as Shunsui calls her) will reveal that she shares much in common with her captain, such as intelligence, compassion, and sensitivity. What distinguishes them, however, is that Nanao is disciplined and businesslike, in stark contrast to Shunsui's often-lazy attitude. As such, she is the discipline and perhaps even the brains of the Eighth Division, working tirelessly to keep afairs in order and patiently enduring Shunsui's endless flirting and drinking. Nanao has a classic strict librarian's personality, complete with glasses and enormous tome.

Despite her common annoyance with her captain, Nanao actually has quite a good relationship with her superior, and the two truly seem to care for each other. She also does not seem to be averse to the occasional social event herself, though one would imagine that she partakes of parties in strict moderation.
【八番隊】 "副隊長" 伊勢七緒
伊勢七緒 -相關信息
誕生日：7月7日